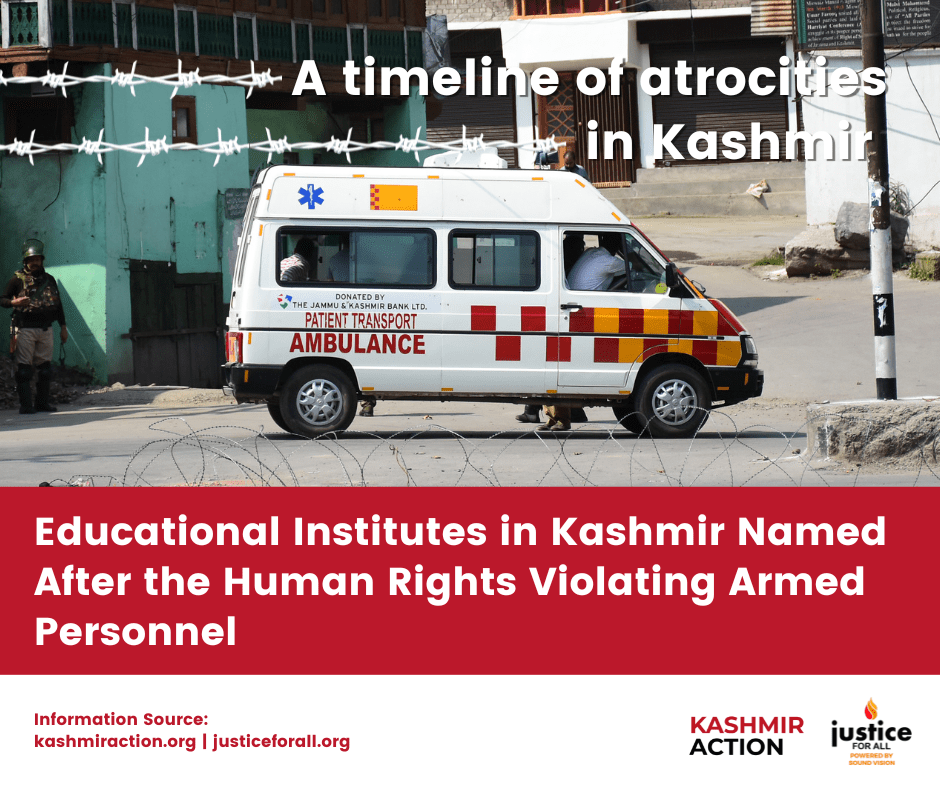 On 28th July, the Jammu and Kashmir colonial administration issued a list of eighteen educational institutions which were given names after the members of Indian armed forces personnel. The move is meant to inflict psychological trauma upon Kashmiris and to humiliate the schoolkids, as they have been subjected to persistent human rights violations at the hands of the same armed personnel. ( Source: https://freepresskashmir.news/2022/07/28/18-schools-named-after-armed-forces-personnel-in-jk/ )