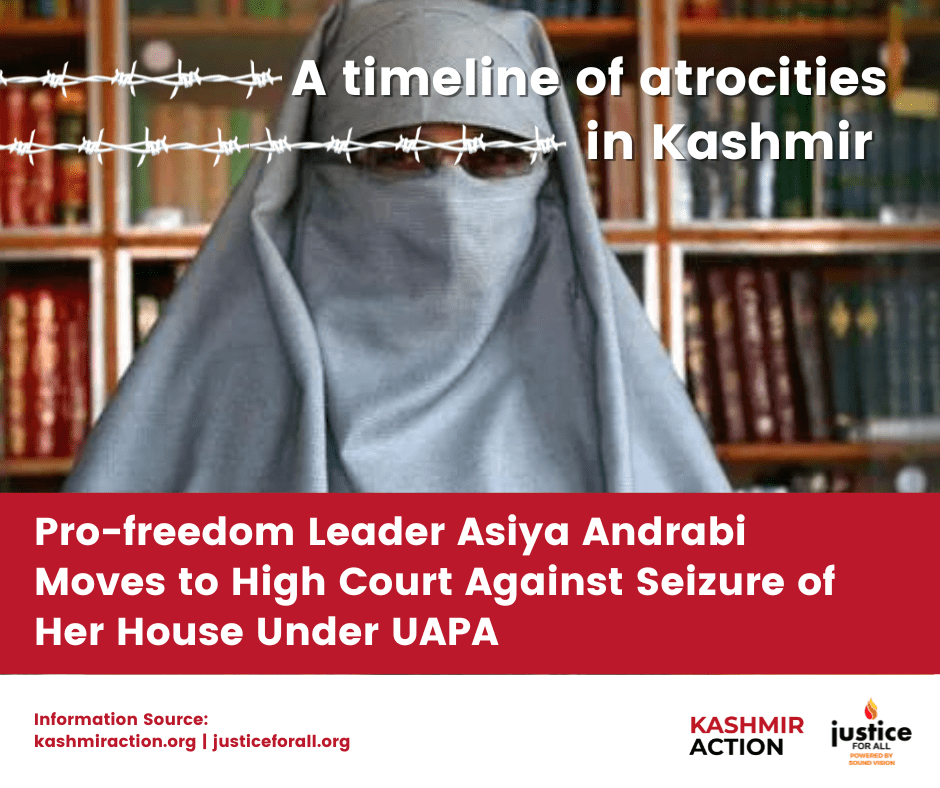 On 3rd August, following the petition of Kashmiri resistance leader Asiya Andrabi, the Delhi High Court issued notice to the notorious National Investigation Agency (NIA) concerning the agency’s decision to seize Andrabi’s house. Andrabi has been placed under detention for the past four years and booked under the UAPA for her pro-freedom political activism, for imparting religious education among Muslim women, and financially supporting the orphans and widows of the Kashmiris murdered or imprisoned by the Indian state. Following her arrest, her house was confiscated. The agency justified the seizure by presenting a flimsy reasoning: Andrabi had been interviewed by a journalist at her home, hence home was presented as part of her “seditious” activities.[2]